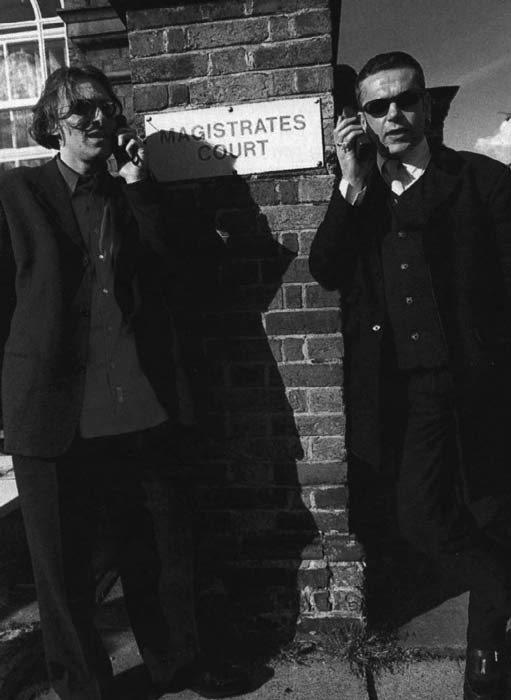 News and Other Busyness

When the news broke that the Mean Fiddler Organisation had secured a licence for its Tribal Gathering from South Bedfordshire District Council, there were many who thought it to be a joke press release.

SQUALL readers who remember ‘Culture cash-in on raves and festivals’ from Issue 10 will understand why.

For those fresh to the subject, a brief precis:

The Mean Fiddler Organisation is one of the largest commercial events promoters in the UK, owning most of London’s music venues: The Forum, The Roundhouse, The Grand, The Jazz Cafe, Subterrania, The Mean Fiddler, The Rhythmic and the Cross Bar. They also run many of the UK’s major commercial music festivals, including Reading, Phoenix and the Fleadh.

The Phoenix festival began in 1993, accompanied with publicity designed to suggest it would be similar to Glastonbury. It wasn’t.

No drinks of any kind were allowed to be brought onto the site, all fires were doused with hoses at midnight and all boogie boxes were ordered to be switched off at midnight by heavyweight security. The large amounts of money collected from the monopoly on both entrance fees and drinks went to the Mean Fiddler organisation. Those who went to the event expecting a festival felt cheated; a riot ensued and the fences were torn down.

After buying his way into ownership of the Reading Festival, Vince Power - the wallet and brain behind the Mean Fiddler organisation - realised that the big money was in fact moving into rave promotion but that his organisation’s experience and contacts were all based in rock music promotion. In order to overcome this lack of dance music credentials, Vince Power decided to collaborate with Universe to put on the Tribal Gathering.

The 1994 Tribal Gathering billed itself as a stance against the Criminal Justice Act in a year when anti-CJA battle cries were breaking out on dance floors right across the country. However, the CJA placed criminal sanctions on unlicensed raves, so targeting free party posses but not the money-making likes of the Mean Fiddler Organisation or indeed the licenced pay-party events put on by Universe. By attempting to buy into the new atmosphere of political dance stance, the Mean Fiddler have tapped into the market potential of a criminalised culture.

In a publicity brochure for the 1996 Tribal Gathering, these intentions are amply confirmed. It reads:

“With the passing of another lunar cycle all generations are once more invited to unite and participate in the only true original outdoor tribal house party experience, as we dance together under the sun, moon and stars in spiritual communion with Mother Earth and in ritual shamanic celebration of life, love and the universe. Join with us on our epic onslaught as we strike back against the establishment and clubland’s evil empire of mediocrity, commercialism and the creeping corporate capitalisation of our cosmic counter culture.”

The added irony of the Tribal Gathering coming to Luton arises from the fact that this is the area where the Exodus Collective hold free raves and make a serious stance for community against the forces of commercialism.

Whereas the Mean Fiddler organisation have recently opened another commercial club in Luton, the Exodus Collective continue their long battle to obtain a community centre for local people in the same town. And whereas South Bedfordshire District Council have readily given the Mean Fiddler a licence for its commercial rave, they had previously brought out several injunctions in an attempt to stop Exodus holding their free raves. And whereas Luton police have given their support to the Tribal Gathering, they have previously carried out eight operations against the Exodus Collective, as well as bringing charges of Ecstasy dealing against one of the Collective’s prominent members; a charge that was thrown out of court. (see SQUALL 8, 9, 10, 11 and 12.)

The Tribal Gathering 1996 is also co-sponsored by Red Bull. It will be sobering to most ravers to learn that the advertising agency which operates Red Bull’s £5 million advertising campaign, were the major force behind the ‘Sorted’ bill boards which spread so much misinformation about Ecstasy and Leah Betts.

In an audacious attempt to capture the loyalty of ravers’ political sensibilities, Universe distributed a petition after Thames Valley Police opposed a licence for its original venue in Oxfordshire. It was worded: “We the undersigned:

1) Believe that dance music culture has the right to express itself at least once a year with an all night event like Universe’s Tribal Gathering.

2) Express deep concern that a hard line attitude will only lead to the setting up of unlicensed and unsafe events.

3) Call on the authorities to recognise dance music culture as the heartbeat of modern culture music that is as valuable to them in income terms as it is to us in cultural terms.”

In three foul swoops the petition reveals Universe’s contempt for the unlicensed events criminalised by the CJA, claim their money spinner to be the true rave event of the year and hypocritically express the income value the authorities place on public events.

Suppressing the physiological desire to vomit at this hypocrisy, there is a lesson to be learnt from this hijacking of freedom-fighter talk for commercial ends. Before you rush in on the back of a battle cry, check the cause the soldier is serving.